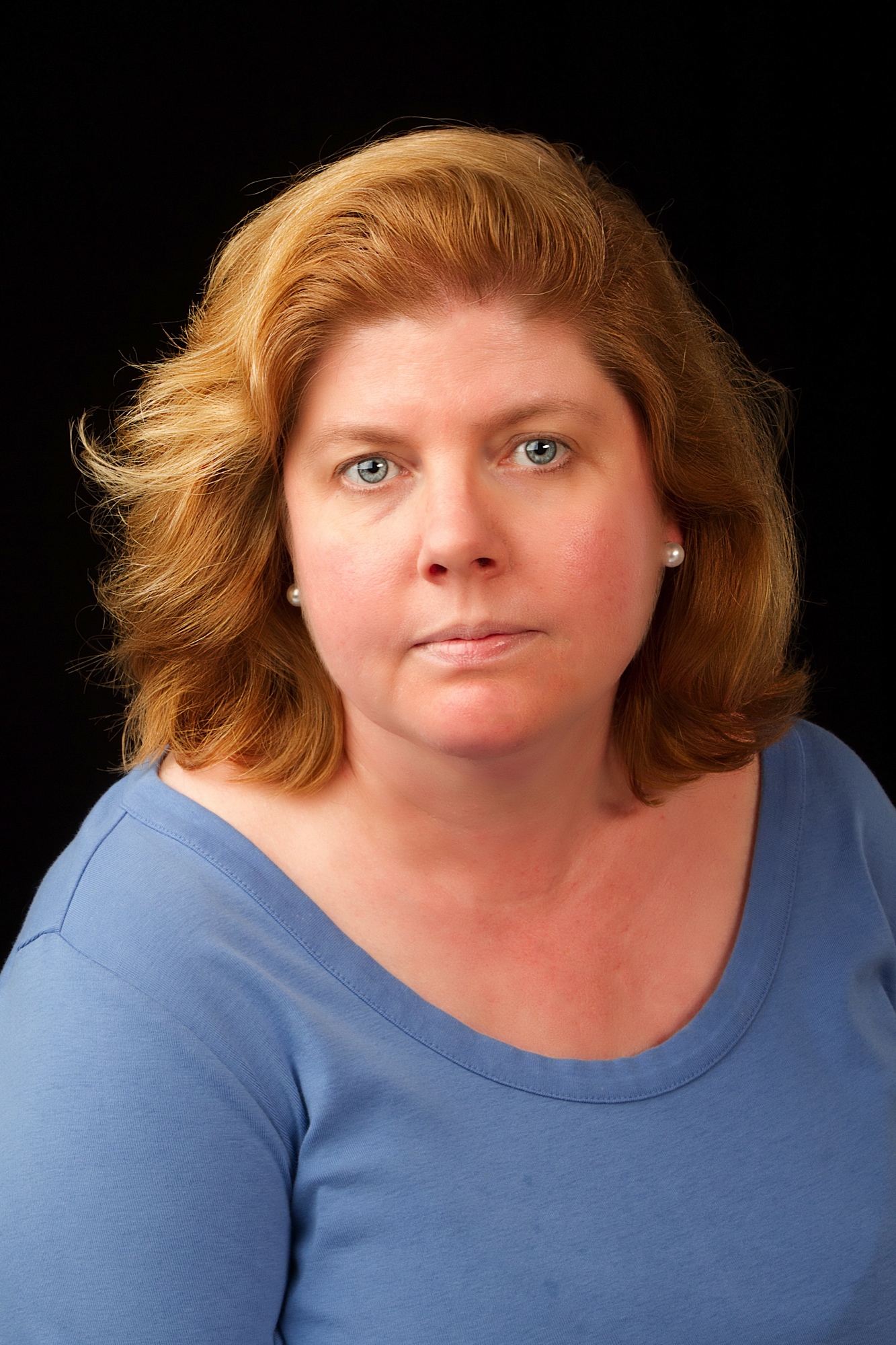 Stephanie Vanderslice’s most recent book is Rethinking Creative Writing. With Dr. Kelly Ritter, she has also published Teaching Creative Writing to Undergraduates and Can It Really Be Taught: Rethinking Lore in Creative Writing Pedagogy. She publishes fiction, nonfiction and creative criticism and her work is represented by Pen and Ink Literary. Professor of Creative Writing and Director of the Arkansas Writer’s MFA Workshop at the University of Central Arkansas, her column, The Geek’s Guide to the Writing Life appears regularly in the Huffington Post. In 2012 Dr. Vanderslice was named Carnegie Foundation/Case Association for the Support of Education US Professor of the Year for the state of Arkansas.

Well, I’m on sabbatical this semester, so I’m working on a fair amount. I’m doing a couple of essays (one just came out in an awesome book on realities in parenting called Motherlode), trying to get the first draft of another novel done and then a draft of a book called: Dear Madeleine: Letters to the Daughter I Never Had (I have 2 sons) which is a kind of memoir about being a woman in the 20th/21st centuries.

I actually work on first drafts one project at a time. First drafts are agonizingly hard for me so I have to work on them quickly, with an eye toward just getting them down and not work on too much else simultaneously. For example, while I’m working on the novel draft, that’s the first thing I work on every day, before my energies wane and I move on to other stuff (email, etc.). When I’m working on the memoir draft, next, that will move into first place on the daily to-do list. I try to get as much as I can down in that first drafting phase, following the NaNoWriMo motto, “This month, all words are good words,” and do very little editing and or backtracking. That will all come later.

I love to revise; getting the first draft down is the struggle for me and the thing I will drag my feet on, if I let myself, perseverating endlessly on the same five pages before moving on. As a full-time professor and MFA program director, I don’t usually have that kind of time, and so I’d never finish anything.

2. How important is reading for a writer? How much or how often do you read, and what kinds of texts do you choose to read?

I read as much as I humanly can, and I believe that’s essential for a writer. Reading trains your writing mind. Students who are better writers tend to be those who are better readers. My PH.D gave me a valuable background in literary history (and I am a lifelong Tolstoy fan), but now I read more contemporary writing. I have a passion for biography and love well-composed narrative prose, whether it’s fiction or nonfiction.

In terms of fiction, right now I read a lot of writers whose work helps inform what I’m trying to do in my own work, writers like Nicole Krauss and Anthony Doerr, who write elegant, complex literary fiction with historical elements. In terms of non-fiction, I appreciate writers like Adam Gopnik, David Sedaris, Molly Wizenberg, Susan Hermann Loomis, Anne Lamott, Elizabeth Gilbert (who is also a great fiction writer). I also love to read books about writing, memoirs about the writing life. Can’t get enough of them.

3. Looking at your own writing, what challenges do you face when writing, and how do you overcome them?

The main challenge for me is always the first draft, as I mentioned before, and that’s where I’m most likely to procrastinate and let myself be distracted, so I really have to be vigilant against that. I enjoy social media like Facebook (which is useful for me professionally and where I find a ton of great writing links), so I try not to let myself on those sites until I’ve already done my writing for the day. I find the “Freedom” program, which cuts off your internet access for pre-determined periods of time, a true lifesaver in this respect.

I also love to drink coffee and I have developed a useful tactic this way: I keep coffee beside me when I work but only allow myself to drink it when I’m actually writing. If I’m ditzing around the internet or on FB, I’m the coffee Nazi “No Coffee For Me!” I am really serious about this and it actually works pretty well. Writing is hard even for those of us who love it and feel compelled to do it; the sooner you learn you sometimes have to trick yourself psychologically, the better.

4. What did you like and/or dislike about your experiences as a student in creative writing classrooms, and how have those experiences influenced the way you teach?

Creative Writing classrooms have come a really long way since I was first in them 25 years ago, thank goodness. Teaching just wasn’t very reflective then and a lot of people were just feeling their way and repeating what they had been taught without much rhyme or reason. There was a lot of valorization of the “myths” of writing, especially the whole, “you either have ‘it’ or you don’t,” myth, which I think is just as damaging to those who are anointed as having “it” as those who aren’t, perhaps more so (ie I studied with a lot of very talented peers who are no longer writing).

5. What do you wish student-writers did or knew before they enrolled in creative writing courses or programs?

There are a lot of things I’ve already mentioned above (reading, especially) but the other two things I would hope writers would take to heart would be 1. It’s important to stay “teachable” as a young writer (and throughout your life) and to not become too fixed in your mindset early on (read Carol Dweck’s work on the fixed vs. growth mindset for more info on this). I’ve seen so many young writers over the past 25 years become stunted and stop growing because they develop very fixed ideas about what writing is and can be and they stop learning from other writers—especially writers who are different from them. It’s kind of heartbreaking to watch, not to mention frustrating. 2. NEVER GIVE UP. This kind of speaks for itself but it’s no less essential. Endurance is as or more important than talent in writing. If you want to write, just keep writing. Don’t let anyone or anything stop you.

6. What are the top five lessons you hope your student-writers learn from you?

Well, I’ve already stated the top two, honestly. To that I would add, you need to be an inveterate reader, the kind of person who is always reading and who already understands she’ll never be able to read everything she wants to in life, and you need to be a deeply curious person, someone who likes to learn about various subjects, not just writing. Psychology, history, science, all of these subjects and more inform the work of any writer. My most recent novel has a few main characters who work in watch-making and repair, which is, I’m learning, a truly fascinating art and craft with a rich history. Writing gives me a good excuse to be curious and teach myself about so many subjects.

7. When is it important for student-writers to start thinking about publishing their work, and how do you advise them to go about doing so?

I actually think it’s important for students to start doing this in a scaffolded way fairly early on. Get used to drafting and revising your work and then sending it out to appropriate places, which might at first be local literary outlets, then regional, then national. Get used to having your work out there and being in the game. I teach my students to celebrate their rejections as much as their acceptances because it means they are putting themselves out there, they are in the game. Also, consider working or interning for literary magazines, or, even better, starting your own. This is one of the best ways to learn about publishing from the other side.

8. Other than enrolling in creative writing classes or programs, what should student-writers be doing to advance their craft and/or careers?

Read. I cannot stress this enough. And totally immerse yourself in the local, regional and national literary scene. Follow writers and reviewers and book bloggers you admire on Twitter, Facebook, and in the blogosphere. Go to readings whenever you can, hang out at libraries and bookstores, support literary culture in every way possible. If you love it, you should be looking for every possible way to be a part of it, while you’re doing your own writing. The writing comes first, of course. You have to do it. Butt in chair, as they say. But after that, you have to stay abreast and a part of the literary culture of your generation. And you should want to. It shouldn’t be a chore; it’s what you love.

9. Can you share a favorite writing exercise you assign that students tend to find particularly beneficial?

A lot of traditional age college students will say they don’t have much to write about, that they haven’t experienced enough. But you just have to look for it. Flannery O’Connor said by the time we’re six years old we have experienced enough to write about. So I ask students to bring in a photograph of themselves when they were elementary school age (this is always a good ice breaker at the beginning of the semester too). Then, looking at that photo, I ask them to come up with a list of 10 things they “knew” at that age. This can be funny stuff, like if you jump off the roof of the shed, you’ll break your arm, or stuff like, my mother was unhappy in her marriage. Then after they have their list, I ask them to pick something from it to freewrite about and build a piece of writing from. Students realize then, that we “know” a lot about the world if we really think about it.

10. What is the most valuable question a writer can ask himself or herself?

Am I so compelled to write that I’m willing to do it whether the work is going to be read or not, whether I’m going to be “given” the time or not? Because it’s the doing that’s got to be rewarding; external rewards wax and wane.

And can you answer that question here?

I’m not as obsessive as some writers (my husband, writer John Vanderslice, for example, writes almost compulsively) but ideas, words, stories do build up in me and I know that I have to get them out whether anyone reads them or not, for my own psychological well-being. I have learned over my lifetime that I have to make time for writing (the world rarely gives me time) or I will regret it. That’s what makes me a writer. Not being published or read, as much as I deeply appreciate that connection, but writing what I need to write, exploring the world through my words. That said, I am an obsessive reader—books, essays, articles, the backs of cereal boxes, basically anything with words on it. I’m not sure I could live without reading and I think the two go hand in hand.&