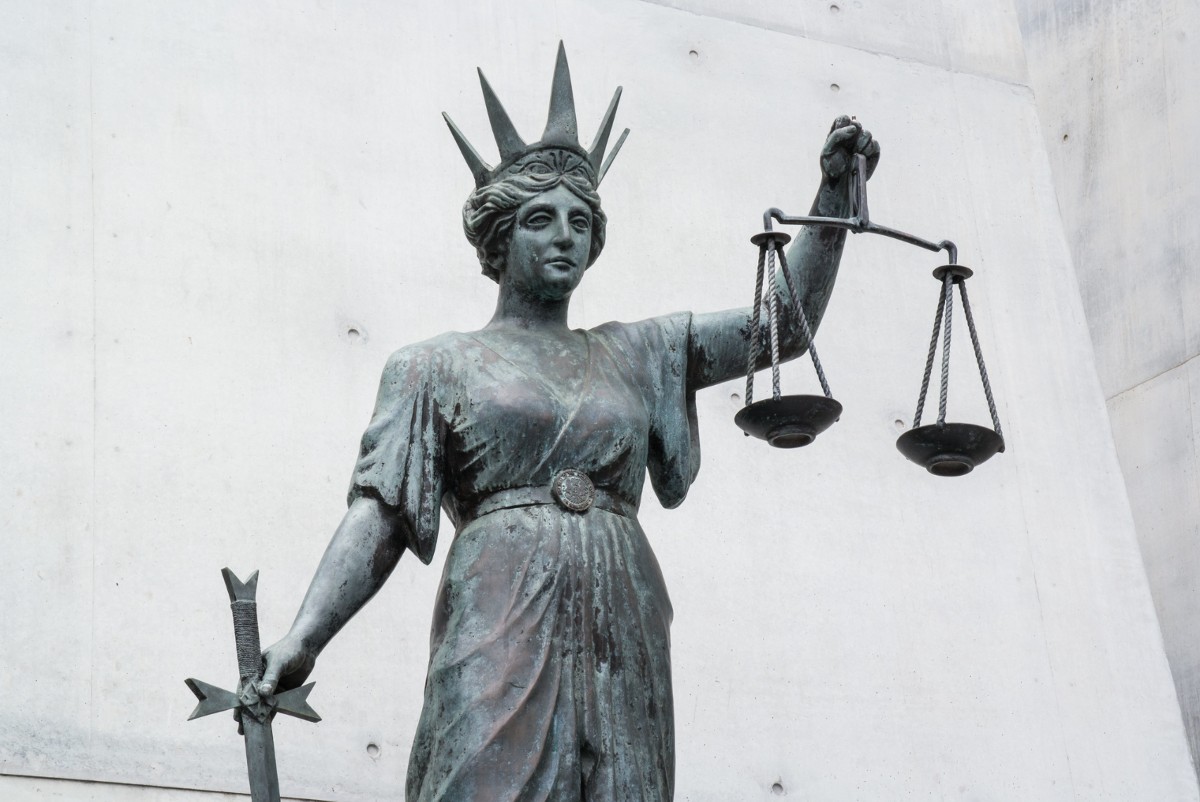 Here, logos does not refer to formal logic such as that practiced in mathematics, philosophy, or computer science. Rather, logos refers to the consistency and clarity of an argument as well as the logic of evidence and reasons. It plays a role as one of the main three modes of persuasion:

Utilizing these appeals to reason within our writing and daily life allows us to create more convincing arguments targeted to our audience.

In formal logic, in abstraction, the following is the case: if A is true and B is true and A is an instance of B, then the repercussions of B will always be true. The problem, however, is that this kind of logic doesn’t work for real-life situations. This is where the argument comes into play.

Formal logic would say that speeding, for example, is a violation of traffic laws. A repercussion of violating a traffic law is a ticket; therefore, every person who speeds gets a ticket. However, in real life, not in abstract theory, things aren’t that cut and dried. Most people would not agree that all speeders, in every circumstance, should receive a ticket. In an argument about a real-life situation, the audience needs particulars to make their decisions. Sometimes there’s an exception. Why was that person speeding? Well, if an eighteen-year-old is speeding to show off for his friends, then yes, most people would agree that he deserves a ticket. However, if a man is driving his pregnant wife to the hospital, then maybe he does not deserve the ticket. One could, and probably would, make the argument that he should not get a ticket.

How to Appeal to Logos?

Let’s examine how the appeal to logos would work in an argument for the speeding father-to-be.

The enthymeme is the foundation of every argument.

All three of these textual elements must make sense to your audience in order for yourargument to be considered logical. The claim of an argument for the father-to-be could be something like, “This man should not get a speeding ticket.” That’s it. The claim is pretty simple. It is your educated opinion on the matter. The reason would be something like “because his wife is in labor in the backseat.” So the two stated parts of your enthymeme would be, “This man should not get a speeding ticket because his wife is in labor in the backseat.” Now, this seems obviously logical to us; however, what is our underlying value, our unstated assumption about this argument? Most of us would probably agree that a hospital is a better place to give birth than a backseat. That is the third part of the enthymeme. Your audience must agree that your assumption is true in order for your argument to be considered logical. If your readers don’t have the same assumption, they are not going to see your logic. You must find an enthymeme that works for your audience. The pregnant wife’s enthymeme is fairly easy to see. In more volatile claims and reasons, the unstated assumptions can be trickier to identify and work out with your audience.

How do enthymemes Relate to Logos?

Reasons like “because his wife is in labor” are motivations for the driver’s actions, not evidence. Most audiences need facts. Evidence is the facts. Both reasons and evidence are used in appeals to logos; however, reasons cannot be your only support. Evidence as to why the man should speed might include studies about the problems with births in difficult or dangerous circumstances, interviews with women who have given birth in automobiles, and infant mortality rates for births that do not occur in hospitals. As you can see, there are many different kinds of evidence you could provide for this argument.

Consistency means not changing the unstated or stated rules governing your argument. Consistency is essential to logic. Let us continue with the speeding example. If, for instance, you are arguing that the infant mortality rate is too high for babies born outside the hospital and that the father is required to speed for the safety of his unborn child, then you may not want to include evidence of the high infant mortality rate in car crashes. Although this information may be part of the infant mortality rate, it goes against the underlying assumption that speeding is acceptable because of the high risk of harming the baby if it is born in the backseat.

Why is Logos important?

So why should you care about logos? In your own writing, logos is important because it appeals to your readers’ intellect. It makes your readers feel smart. Logos is the part of the argument where you treat your audience like purely rational, “only the facts, ma’am” kind of people. Also, gaps, leaps, and inconsistencies in logic, no matter how well developed the other appeals may be, can tear apart an argument in short order. This is the same reason you cannot ignore logos in others’ arguments either. All the appeals are linked together; for instance, if you use as evidence an article that has leaps in logic, or relies only on authority and pathos, this article could damage your own ethos as an author. It is important to remember that all three appeals must be well developed and work together to make a good argument.

As you now know, logos can be defined as a writer’s or speaker’s attempt to appeal to the logic or reason of their audience. Let’s look at some examples of logos that you might commonly find when reading texts of various media:

When a writer employs data or statistics within a text, you can probably assume that he or she is attempting to appeal to the logic and reason of the reader. For example, an argument in favor of keeping abortion legal may cite the May 2011 Pew Research poll that found 54 percent of Americans in favor of legal abortion. This figure makes a logical argument: abortion should be legal because the majority of Americans support it, and in a democracy, the majority makes the decisions.

When you see an “if-then” statement, with credible supporting evidence, the writer is likely appealing to your reason. Consider an argument about lowering the drinking age from 21 to 18: a writer might suggest that, if the legal drinking age were 18, then people between 18 and 21 would be less likely to drive under the influence. If the writer offers evidence that the reason that some between the ages of 18 and 21 drive drunk is that they fear calling a friend or parent because they have illegally ingested alcohol, then this causal statement would be an appeal to a reader’s sense of reason.

Relevant Examples or Other Evidence

You might begin to think about logos as evidence that doesn’t involve an appeal to your emotions. Even expert testimony, which would certainly be an example of ethos, also could be an example of logos, depending on its content. For example, in a discussion about recent cuts in education funding, a statement from the Hillsborough County, Florida, the superintendent would be an appeal to authority. But if that statement contained a discussion of the number of teachers and classes that would have to be cut if the state were to reduce the district’s funding, the statement from the superintendent could also be an appeal to logic.

Suggesting a certain behavior or action is normal/right because it is “natural.” This is a fallacious argument for two reasons: first, there are multiple, and often competing, ways to define “nature” and “natural.” Because there is no one way to define these terms, a writer cannot assume his or her reader thinks of “nature” in the same way he or she does. Second, we cannot assume that “unnatural” is the same as wrong or evil. We (humans) have made lots of amendments to how we live (e.g., wearing clothes, living indoors, farming) with great benefit.

Assuming something is true because it has not been proven false. In a court of law, a defendant is, by law, “innocent until proven guilty.” However, judges and jurors must hear testimonies from both sides and receive all facts in order to draw conclusions about the defendant’s guilt or innocence. It would be an argument from ignorance for a judge or juror to reach a verdict without hearing all of the necessary information.

Intentionally misrepresenting your opponent’s position by over-exaggerating or offering a caricature of his or her argument. It would be fallacious to claim to dispute an opponent’s argument by creating a superficially similar position and refuting that position (the “straw man”) instead of the actual argument. For example, “Feminists want to turn men into slaves.” This statement fails to accurately represent feminist motivations—which can be very diverse. Most feminists agree in their goal to ensure women’s equality with men. Conceptions of equality can vary among feminists, but characterizing them as men-haters detracts from their true motivations.

Assuming that there are only two options when there are, in fact, more. For example, “We either cut Social Security, or we have a huge deficit.” There are many ways to resolve deficit problems, but this statement suggests there is only one.

Drawing a broad conclusion based on a small minority. For instance, if you witnessed a car accident between two women drivers, it would be a hasty generalization to conclude that all women are bad drivers.

Confusing correlation with causation—that is, thinking that because two things happened simultaneously, then one must have caused the other. For example, “There has been an increase in both immigration and unemployment; therefore, immigrants are taking away American jobs.” This statement is fallacious because there is no evidence to suggest that immigration and unemployment are related to each other—other than that their rates increased simultaneously.

The slippery slope argument is often a way to scare readers or listeners into taking (or not taking) a particular action (see “Fallacious Pathos“). The slippery slope argument can also function as a false invocation of logic or reason in that it involves a causal statement that lacks evidence. For example, I might argue that if the drinking age were lowered from 21 to 18, vast numbers of college students would start drinking, which in turn would lead to alcohol poisoning, binge drinking, and even death. This conclusion requires evidence to connect the legality of drinking with overindulgence. In other words, it does not follow that college students would drink irresponsibly if given the opportunity to drink legally.