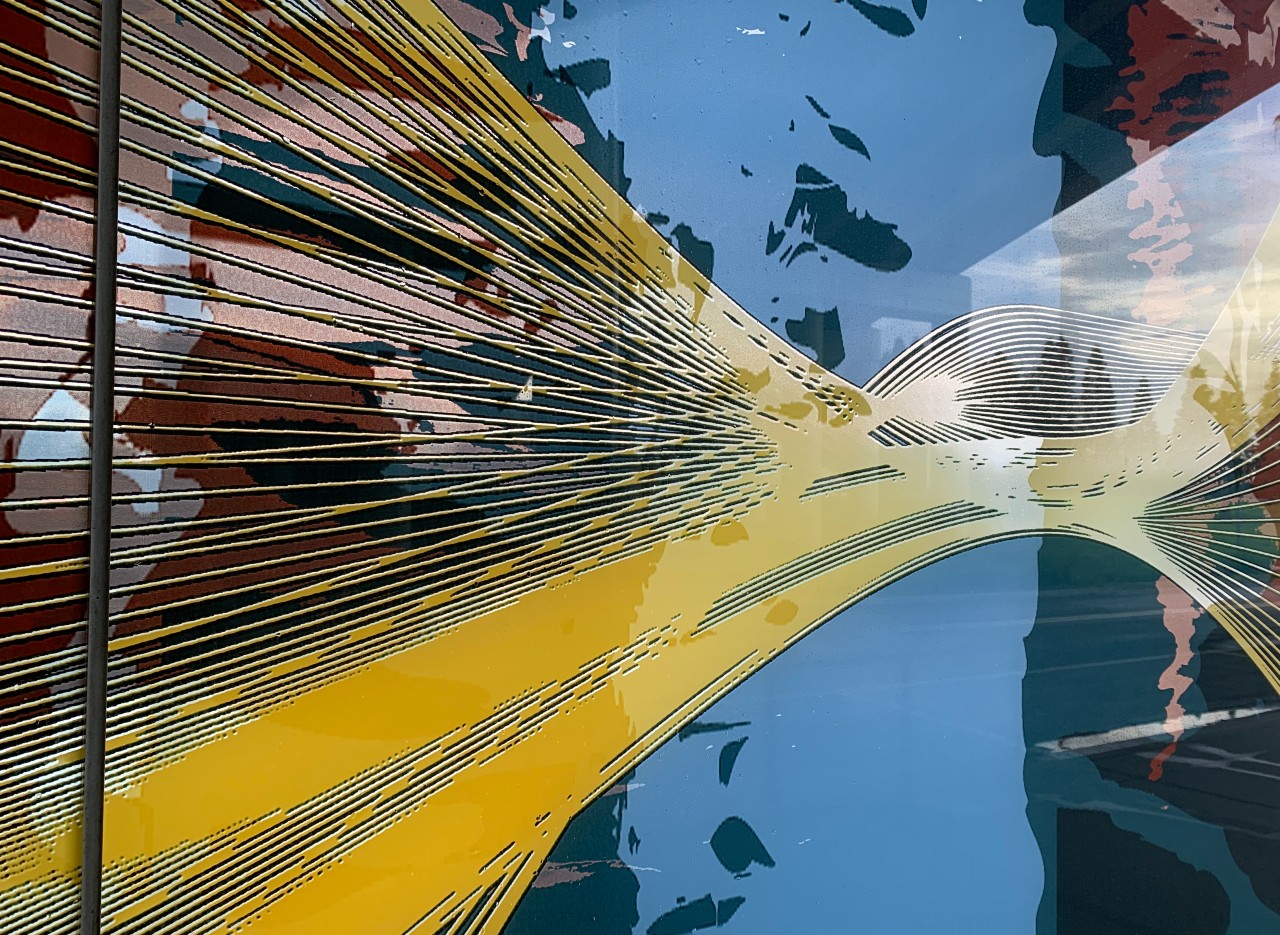 a pic of stained glass alongside Tampa Bay's waterfront

Throughout your time in school, most of your classes have probably been graded. If you met certain criteria, you received an “A,” a “B,” a “C,” and so on. Maybe your school used numbers, grades, or GPA-style grading, but whatever the grades looked like, the mechanism was pretty similar. Your teachers probably used a combination of tests, quizzes, essays, presentations, attendance, and participation to determine your grade. This system is familiar to nearly everyone who goes through the educational system in the United States, and many international students as well. So familiar, in fact, that most of us have never given that system a second thought. That’s just how it works. It’s how grades are done. So, why use a different system?

Educational psychologists have shown that grades can undermine student engagement with their own work, making them more focused on grades than on learning (Kohn 29). As a result, students are often more concerned with how to get an “A” than how to write effectively for different audiences, purposes, and genres, all of which are more important to students’ long-term writing abilities. As you’ve probably experienced, focusing on grades is not only less satisfying than focusing on learning, it’s also very stressful and can put students and teachers into an adversarial relationship rather than a learning partnership. Moreover, since grades frequently measure how well students produce standard academic discourse (standard academic style and language), some writing scholars consider traditional grading biased against students with less access to the dominant discourse—students of color, first-generation college students, and multilingual students (CCCC Statement on Students’ Right to Their Own Language 1; Inoue, “Theorizing Failure” 332; Shor 9). So, teachers who choose contract grading aren’t just using a different way of tallying up points; they are using a method of assessment that lowers stress, helps students focus on learning, and emphasizes educational equity. In fact, the majority of students across disciplines end up really liking contract grading (Hardigan 386-387; Hiller and Hietapelto 664; Taylor 22-29). Some of our students tell us they wish contracts were used in all their classes!

What is Contract Grading?

Contract grading emphasizes writing processes and labor as much or more than final products. Becoming a strong, flexible writer requires lots of practice (fortunately, it’s not a natural gift that some people have and some people don’t). Similar to portfolio assessment, the goal is for you to become a more effective writer in the long term by engaging deeply in writing processes, rather than focusing on creating a perfect paper to earn an “A.”

While many writing classes that use traditional grading give credit for your writing process, teachers who use contract grading make prioritizing process over product more explicit, and some will even base the entire course grade on your writing process and the work you’ve put into the course. For example, in some traditional writing classes, the majority of your grade is based on final revisions, while a contract-graded class might reward you equally for pre-writing activities, drafting the essay, peer review, and revision. If your grammar isn’t perfect, or if you took risks with a new type of organization or digital mode, your grade doesn’t suffer as long as you’re doing the work.  A contract might look like this:

To obtain X grade, students must:

●       Have completed [this many] peer review workshops

●       Have completed [this many] reading responses on time

●       Must meet [this many] times with instructor during conferences

If any of these requirements are not completed, the grade is lowered. What counts as complete, however, varies greatly with different types of contracts, so be sure to ask your instructor what they mean by “complete.”  Some teachers will check to make sure you’ve put a certain amount of work into the task, while others will evaluate whether your work meets a required level of proficiency.

If you look at what’s listed in your contract, it’s likely that many of the entries focus not only on completing tasks but on behaviors. Contracts reward you for behaving like a professional writer: taking an active role in peer reviews, participating in discussions about writing, and taking steps like freewriting and revising that lead to successful drafts. And since revision is central to developing writing, extensive revision is often rewarded in contract grading. Even more importantly, engaging with these processes helps you to develop an aptitude for writing (Reichert 63). Learning to become an effective writer takes different kinds of practice, time, and effort (Yancey 64-65), and failure can be an important part of writing development (Brooke and Carr 62-64). Trying out new types of writing can feel risky and taking grades out of the immediate picture makes it easier to take risks and move out of your comfort zone.

While in a traditional class you can keep track of a grade or point average, in a class that uses contract grading, the final course grade can’t be determined until all the tasks are complete, so you might not receive a grade until the very end of the class (teachers will often record only whether you completed an activity or assignment adequately). Based on the contract, however, you should have a good idea of your grade: if you have completed the tasks outlined in the contract, you maintain the grade indicated in the contract. Many teachers will also give you a midterm contract update. It’s hard to describe contracts in detail because every contract is different–that’s because instructors create contracts that highlight and reinforce what is most important for success in their classes.

The Rewards of Contract Grading

While there are a lot of individual reasons for why instructors decide to use contracts (as many as there are teachers using contracts), most of them boil down to four different categories:

Because contract grading is focused on tasks, the tasks of the writing process become crucial steps towards a successful grade. The steps of drafting, peer review, revising, incorporating feedback, etc. all help students receive credit for their work and, at the same time, train them to follow the steps that effective writers follow. Because the focus is on process and not final products, contract classrooms provide a safe and supportive space to develop as writers.

For the many students who fear writing or who have received bad grades in the past, contract grading can help lower writing and grading anxiety. Usually, students feel less anxiety about writing when the instructor uses contracts because the grade is about the work you put into the task, not a perfect final product. Since self-confidence is crucial to learning and academic success (Bandura 144; Eccles 137; Zimmerman and Bandura 559), it really helps to know that if you work hard, you can succeed in the class.

Researchers have interviewed college students about their writing assignments, and one of students’ biggest complaints is that they aren’t sure what their teacher’s expectations are (Herrington and Curtis 387-388; Thaiss and Zawacki 142-14). Even when teachers include their criteria in an assignment prompt or a rubric, it’s often unclear to students exactly how the teacher came to the conclusion that their essay deserved an “A” or “B” or whatever grade was given. In contract grading, students are primarily assessed on whether they completed activities and not on whether they’ve met a list of criteria for an “ideal text” (Brannon and Knoblauch 159) that may be clear to the instructor but not so clear to students.

Contract grading promotes social change by giving a fair chance to all students.

Contract grading can be more democratic and fair than traditional grading since all students are given a chance to obtain good grades through hard work (Leahy 157). Contract grading doesn’t penalize students based on their economic class or what type of high school they went to. In this assessment practice, students are not judged or graded on their variations of English (Inoue, “Grading Contracts” 93; Lee 188). Contract grading doesn’t penalize students based on how long they’ve spoken and written English, what types of written accents they have, or how many languages they’re navigating among. You could even argue that contract grading is a tool for making positive social change, since it levels the playing field for all college students and doesn’t base a student’s chance at getting an “A” on socioeconomic status, gender, or ethnic background.

Although most students come to value contract grading, some students feel anxious about not being able to keep track of their grade minute-by-minute. Students whose grades have been high in the past have often spent many years getting used to the security of knowing that grade. Without the security blanket of a grade, it can feel as though they don’t know how they are doing in the class. If your instructor is using contract grading, you might feel this anxiety at some point during the class. That is perfectly normal: if you have spent years being trained to get instant, official-looking feedback, it takes time to let go of the desire for validation. On the other hand, many students find it liberating to think about their projects less in terms of grades and more in terms of actual writing and learning.

Contract grading puts more control for your grade in your hands since your grade is determined primarily by your completion of tasks. However, for some students, getting a grade is a primary motivator in getting their schoolwork done, and when that outside motivation is removed, it can be tempting to let work slide. The risk here is that many contract-graded classes are task-focused, so the motivation for getting the work done has to come from you, not from outside pressure.

How to Succeed with a Contract Grading Course

Pay attention to all the sections of the contract: participation in class, absences, late work, etc. All of these add up to your final grade.

Keep track of your progress.

Come back to the contract throughout the semester to remind yourself of how your final grade is calculated. Visit your instructor’s office hours to ask about your progress and check the gradebook to see if you have any incomplete tasks.

If you have the attitude that you’re going to work hard and complete all the tasks, you’ll do well in a contract class. But if you have the attitude that you can just skate by because you feel you’re already a strong writer, or that you can miss some activities and just make up for that by writing a really great final draft, then you’ll be in for a big surprise. While contracts may put less pressure on students, there’s just as much or even more emphasis on working hard.

While no grading system is perfect, contract grading attempts to take the emphasis off of grades and products and instead puts the emphasis on learning and processes. Contract grading will offer you a chance to succeed if you work hard, no matter what your background is or how much experience and instruction you’ve had in writing. Because contract grading is so different from the traditional grading practices you grew up with, it will take some time to get used to it. But our students have found that they prefer contract grading to traditional grading, and they found writing and learning less stressful when they were focused on growing as writers rather than on grades and giving the teacher what they want. If you put in the labor, you will do well in a contract grading class and grow as a college writer.

Conference on College Composition and Communication. Students’ Right to Their Own Language, 1974; 2014, cccc.ncte.org/cccc/resources/positions/srtolsummary. Accessed 21 December 2018.