Use visuals to develop and organize your ideas. Understand and explore the value of diagramming and mapping strategies.

Visuals present a powerful and thought-provoking way to develop and organize ideas. Some neuroscientists “estimate that we get up to 80 percent of our information by visual means” (Horn 21). Images convey meaning just as words do. In fact, images are saturated with meanings that sometimes hit us at a subconscious level; images motivate us to act or feel strong emotion. As a result, writers use images both to depict what they’ve already written–in a new visual form–and as an invention technique. 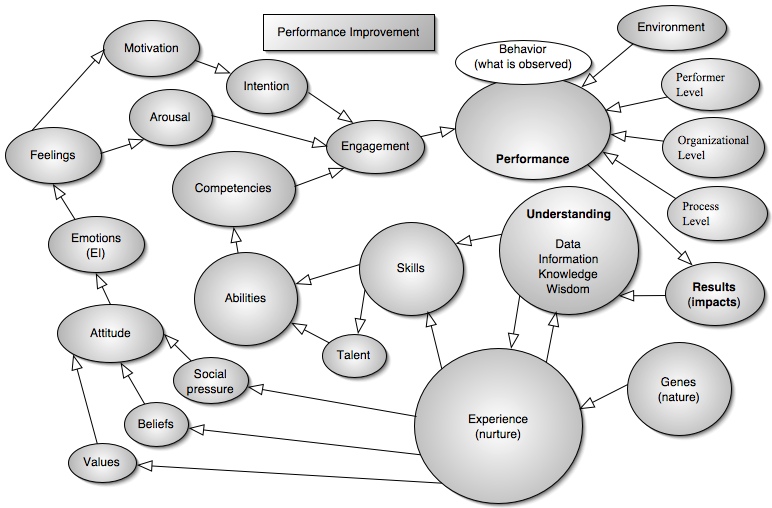 Creative people often depict a theory they’ve developed in graphic form. In some disciplines, modeling is the norm. Engineers, for example, routinely draw depictions of processes and then use flow diagrams to help organize their thoughts. Psychologists use box diagrams to depict how the human memory works. Geologists draw groundwater models to theorize about water flow. Historians draw timelines to look at the emergence of ideas over time. Writing teachers draw pictures depicting how they believe writers compose. Just about every discipline has developed procedures for drawing pictures about important theories, ideas, people, and events.

Visualizing information may enable you to display complex information visually, thereby engaging the power of the human brain to take in the gestalt, the whole, at a glance. The types of concept maps outlined in the box below can help you to:

Clustering/spider maps
Use clustering to stimulate your creativity

Hierarchical maps
Impose an order on your ideas as you create, moving from the general to the specific (or vice versa)

Modeling/theory maps
The most sophisticated of all of the mapping techniques, modeling/theory maps chronological, hierarchical, and system properties all bound together, attempting to render complex relationships visually