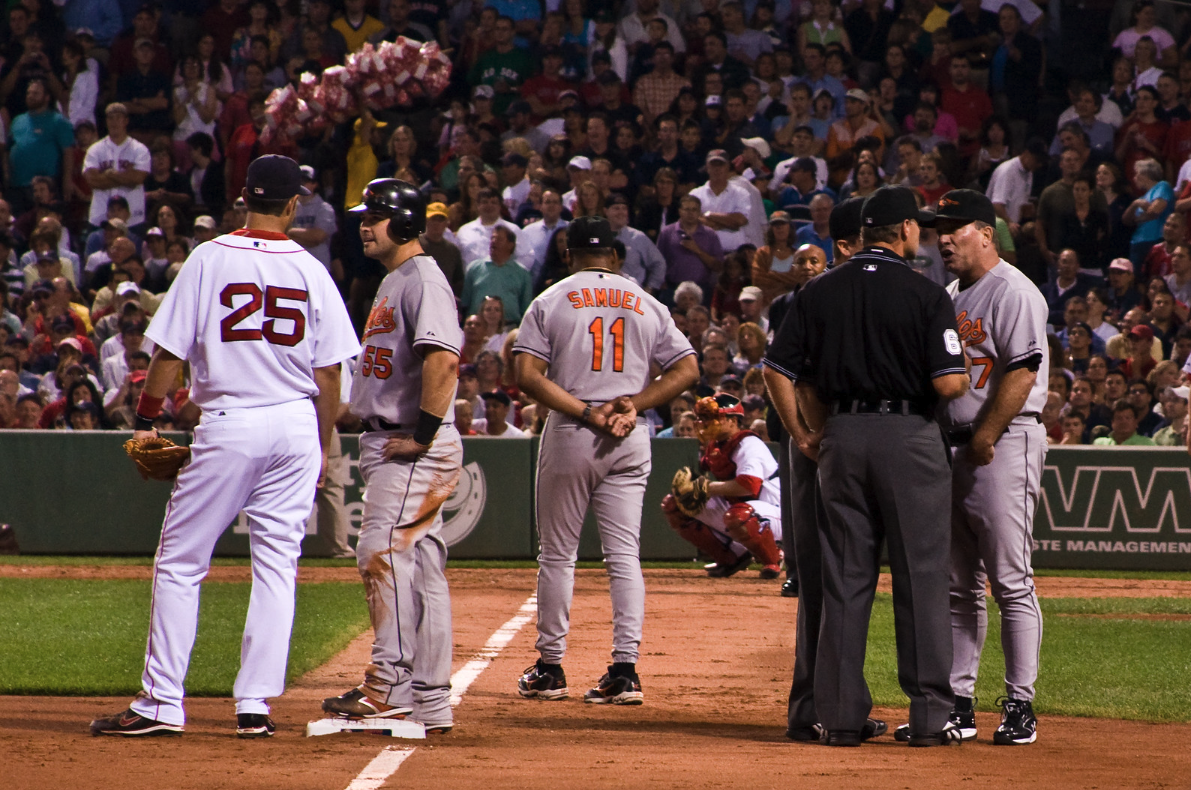 You can yell at people all you want, but if you don't listen to them and consider their counterarguments, you'll never accomplish your goals. Photo Credit: "Argument" by andrewmalone is licensed under CC BY 2.0.

Baseball payers argue with one another as well as the ref.

Counterargument refers to an argument given in response to another argument that takes an alternative approach to the issue at hand.

Counterargument may also be known as rebuttal or refutation.

Guide to Counterarguments in Writing Studies

Counterarguments are a topic of study in Writing Studies as

Why Do Counterarguments Matter?

If your goal is clarity and persuasion, you cannot ignore what your target audience thinks, feels, and does about the argument. To communicate successfully with audiences, rhetors need to engage in audience analysis: they need to understand the arguments against their argument that the audience may hold.

Imagine that you are scrolling through your social media feed when you see a post from an old friend. As you read, you immediately feel that your friend’s post doesn’t make sense. “They can’t possibly believe that!” you tell yourself. You quickly reply “I’m not sure I agree. Why do you believe that?” Your friend then posts a link to an article and tells you to see for yourself.

There are many ways to analyze your friend’s social media post or the professor’s article your friend shared. You might, for example, evaluate the professor’s article by using the CRAAP Test or by conducting a rhetorical analysis of their aims and ethos. After engaging in these prewriting heuristics to get a better sense of what your friend knows and feels about the topic at hand, you may feel more prepared to respond to their arguments and also sense how they might react to your post.

There’s more than one way to counter an argument

In Toulmin Argument, a counterargument can be made against the writer’s claim by questioning their backing, data, qualifiers, and/or warrants. For example, let’s say we wrote the following argument:

“Social media is bad for you (claim) because it always (qualifier) promotes an unrealistic standard of beauty (backing). In this article, researchers found that most images were photoshopped (data). Standards should be realistic; if they are not, those standards are bad (warrant).”

Besides noting we might have a series of logical fallacies here, counterarguments and dissociations can be made against each of these parts:

For example, we might still believe that social media is bad, but perhaps we also need to consider more about

Identifying counterarguments can help us strengthen our arguments by helping us recognize the complexity of the issue at hand.

Learn How to Compose a Counterargument Passage or Section

While Toulmin Argument focuses on the nuts and bolts of argumentation, a counterargument can also act as an entire section of an Aristotelian Argument. This section typically comes after you have presented your own lines of argument and evidence.

By introducing counterarguments, we show we are aware of alternative viewpoints— other definitions, explanations, meanings, solutions, etc. We want to show that we are good listeners and aren’t committing the strawman fallacy. We also concede some of the alternative viewpoints that we find most persuasive. By making concessions, we can show that we are reasonable (ethos) and that we are listening. Rogerian Argument is an example of building listening more fully into our writing.

I recognize that in many ways social media is only as good as the content that people upload to it. As Professor X argues, social media amplifies both the good and the bad of human nature.

Once we’ve shown that we understand and recognize good arguments when we see them, we put forward our response to the counterclaim. In our response, we do not simply dismiss alternative viewpoints, but provide our own backing, data, and warrants to show that we, in fact, have the more compelling position.

At the same time, there are clear instances where social media amplifies the bad over the good by design. While content matters, the design of social media is only as good as the people who created it.

Through conceding and countering, we can show that we recognize others’ good points and clarify where we stand in relation to others’ arguments.

Learn When and How to Weave Counterarguments into Your Texts

Whichever you choose, remember that counterarguments are opportunities to ethically engage with alternative viewpoints and your audience.

The following questions can guide you as you begin to think about counterarguments: