Sentences are more than a basic unit of thought: they are a signal of education, self regulation, and professionalism. Sentence errors undermine a professional prose style: Learn to distinguish independent clauses from dependent clauses and phrases. Develop your understanding of the tao of the sentence in order to avoid common errors: modification errors, comma splices, run-on sentences and sentence fragments. 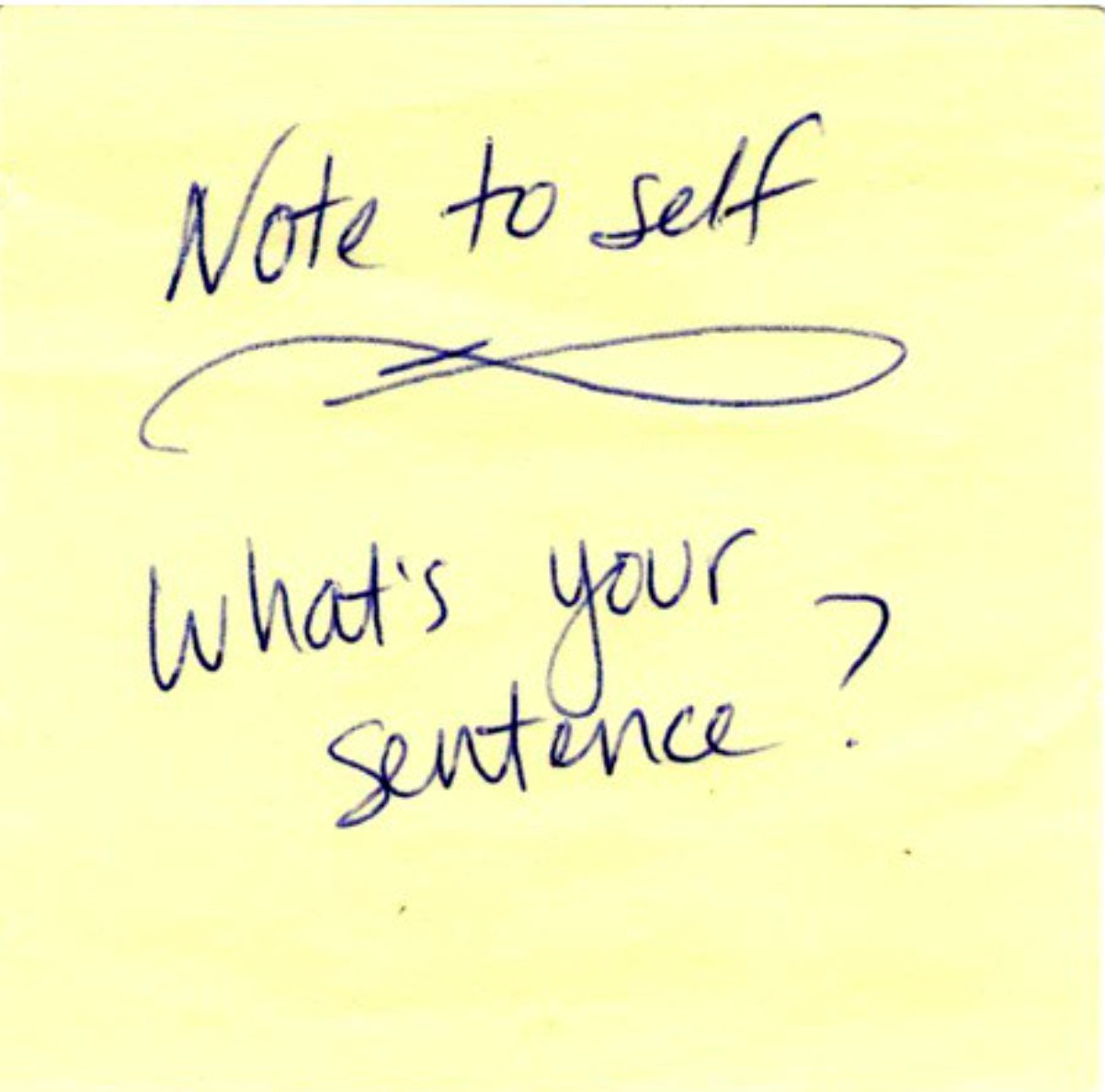 "Note to self - what's your sentence" by Lee-Anne Ragan, RPS Inc is licensed under CC BY 2.0.

Why Do Sentences Matter?

When you aim to communicate with someone other than yourself in semi-formal and formal circumstances, you are expected use complete sentences.

When you fail to use sentences in those circumstances, your readers are likely to assume that you have not adopted a professional tone, voice, or persona.

Sentences are started with a capital letter and then ended with end-mark punctuation–i.e., a period, exclamation, or question mark.

The sentence, aka independent clause, has two required and one optional parts:

Sentences can be structured in four ways:

Sentences in Standard English are defined by aim (aka function):

Sentences can range in word length. Generally speaking, the longer a sentence, the harder it is to interpret. At a minimum, a sentence is a single word with a subject implied. Two-word sentences are commonplace.