Felt Sense is "the soft underbelly of thought . . . a kind of bodily awareness that . . . can be used as a tool" to help you distinguish between what you've said or written and what you really hope to say or write. Review scholarship on felt sense and its role during composing. Learn to work with your felt sense to realize your creative potential. 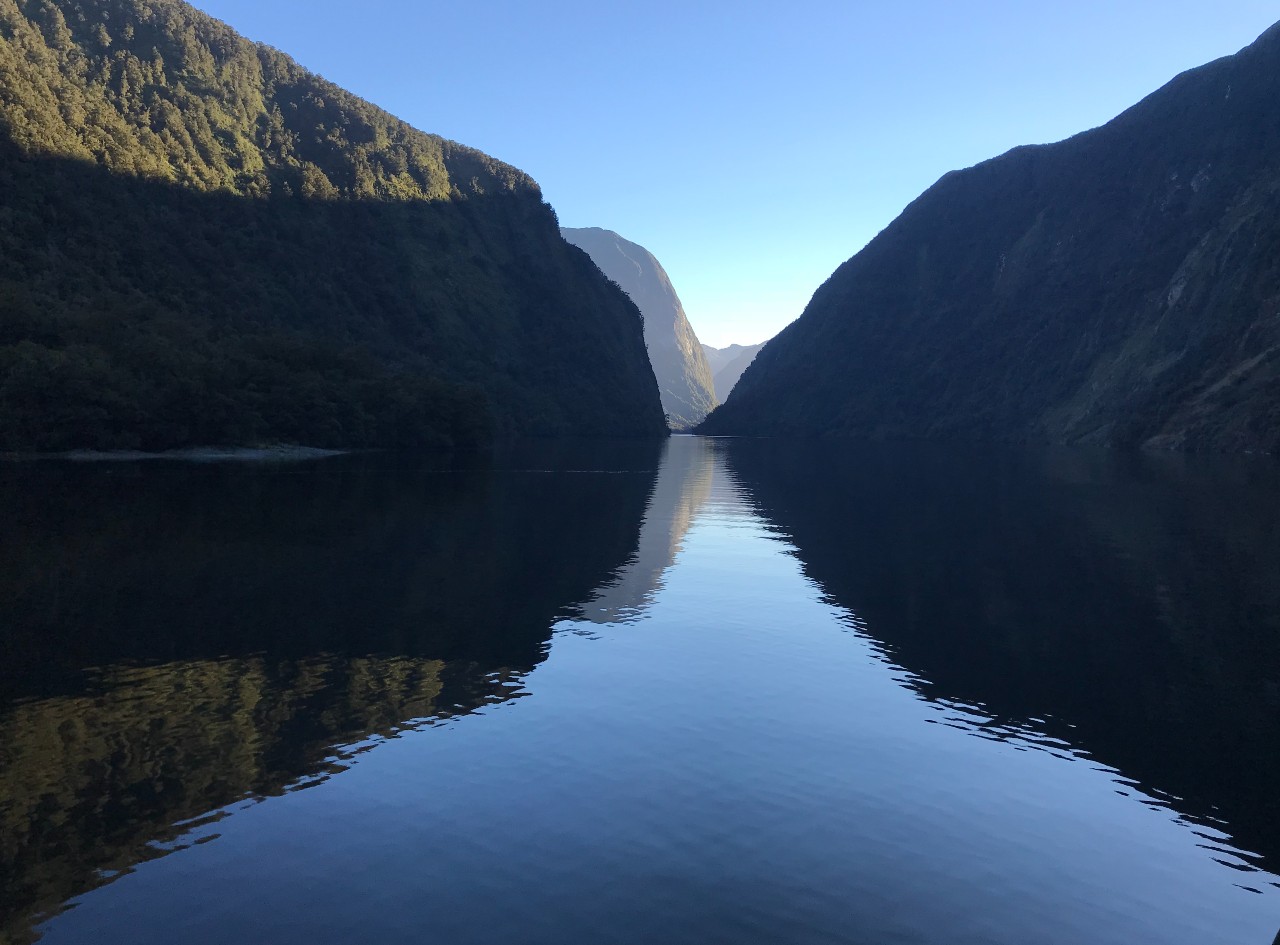 Felt Sense is prelinguistic, murky, vague--and yet it some conveys deep meaning.

Like this murky, dream-like photo of Doubtful Sound, NZ, felt sense can seem dream like. There's this feel of deep meaning and yet its prelinguistic; its embedded in our bodies.

What is Felt Sense?

Thus, for Perl, composing is an ongoing, recursive process where writers consult their felt sense in order to make composing decisions. Presumably, then, felt sense is of equal importance during composing as rhetorical analysis and rhetorical reasoning.

In “Understanding Composing,” Perl speculates felt sense plays an important role during composing. She notes writers are constantly re-reading their work, constantly questioning how well the current iteration embodies their felt sense of what they want to say:

“When writers are given a topic, the topic itself evokes a felt sense in them. This topic calls forth images, words, ideas, and vague fuzzy feelings that are anchored in the writer’s body. What is elicited, then, is not solely the product of a mind but of a mind alive in a living, sensing body.

When writers pause, when they go back and repeat key words, what they seem to be doing is waiting, paying attention to what is still vague and unclear. They are looking to their felt experience, and waiting for an image, a word, a phrase to emerge that captures the sense they embody.

Usually, when they make the decision to write, it is after they have a dawning awareness that something has clicked, that they have enough of a sense that if they begin with a few words heading in a certain direction, words will continue to come which will allow them to flesh out the sense they have” (p. 365).

In the field of psychology, felt sense is