Try Visual Brainstorming to help you imagine what you want to say and how you want to say it.  Learn to use visual language (e.g., design elements and design principles) to develop and organize ideas. Visualizing information may enable you to display complex information visually, thereby engaging the power of the human brain to take in the gestalt, the whole, at a glance. 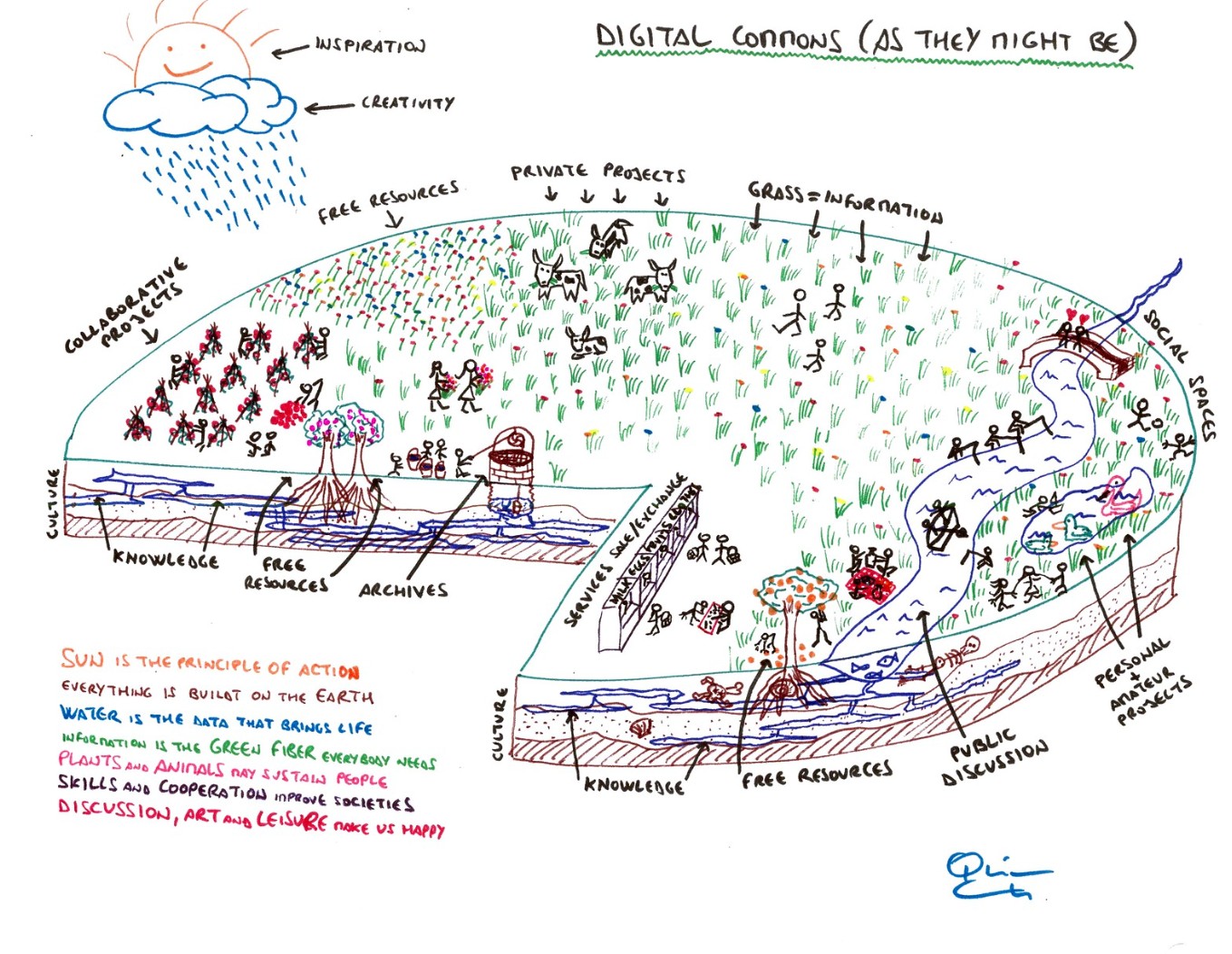 To get the creative flow going, you might try sketching ideas. "IT Review!" by AntMan3001 is licensed under CC BY-SA 2.0.

Examples of Visual Brainstorming include a writer’s sketch of their plan for organizing a text or an architect’s plans for a house drawn on the back of a napkin.

Sometimes writers, speakers, knowledge workers . . . prefer to sketch their ideas rather than trying to write them down. Engineers, for example, may draw depictions of processes and then use flow diagrams to help organize their thoughts. Psychologists may use box diagrams to depict how the human memory works. Geologists may draw groundwater models to theorize about water flow. Historians may draw timelines to look at the emergence of ideas over time. Writing teachers may draw pictures depicting how they believe writers compose. Just about every professional discipline has developed procedures for drawing pictures about important theories, ideas, people, and events.

Like freewriting and other invention heuristics, visual brainstorming tends to be an informal, creative process. These sorts of brainstorming drafts are often written by the writer for the writer as opposed to being written for a broader audience.

Visuals present a powerful and thought-provoking way to communicate. Some neuroscientists “estimate that we get up to 80 percent of our information by visual means” (Horn 21). Images convey meaning just as words do. In fact, images are saturated with meanings that sometimes hit us at a subconscious level.

Writers . . . may need multiple drafts. Whatever medium they choose to use, when they’re visually brainstorming a topic they need to prioritize believing over doubting.