Learn to analyze the register of a communication situation so you know when you need to code switch. Use register as a measure of audience awareness and clarity in communication. Inform your efforts to engage in rhetorical analysis and rhetorical reasoning. Learn about different ways to assess Register. Consider Martin Joos' 5 registers: 1. Casual, 2. Consultative, 3. Formal, 4. Frozen, 5. Intimate. 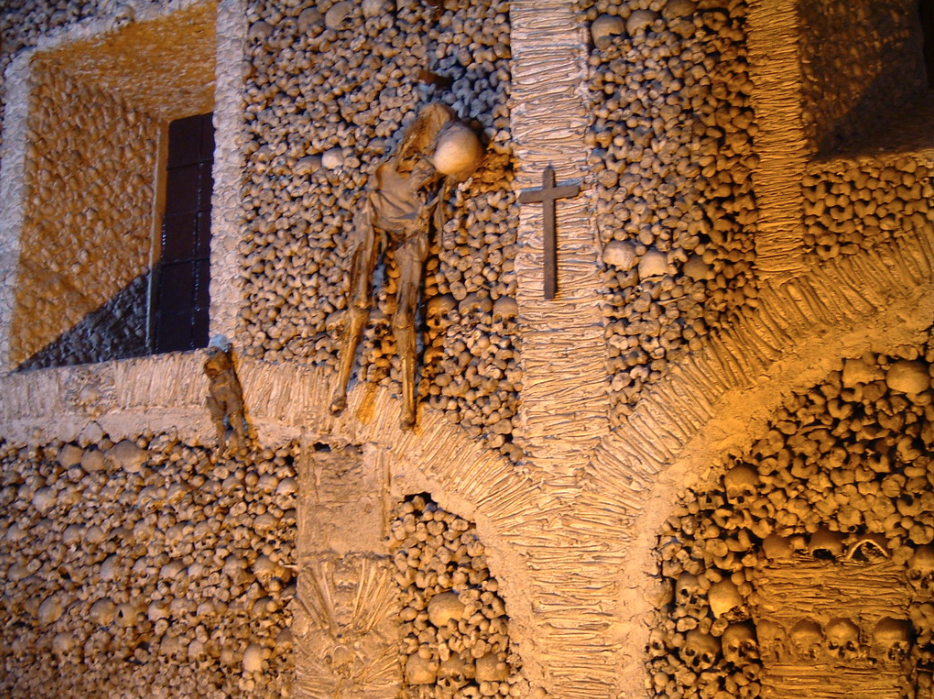 What is Register? Photo of The Capela dos Ossos in Portugal - the interior walls are decorated with human skulls and bones.

Register, in Linguistics, is the way a writer, speaker, knowledge worker . . . adjusts what they say (semantics) and how they say it (stylistics) to account for the occasion—their rhetorical situation.

Register, according to M.A.K Halliday and Ruqaiya Hasan, is “the set of meanings, the configuration of semantic patterns, that are typically drawn upon under the specified conditions, along with the words and structures that are used in the realization of these meanings” (p. 23).

For Halliday and Hasan, the register is composed of three attributes:

Register is closely tied to the concept of Rhetorical Stance in Rhetoric and Writing Studies. From this perspective, writers, speakers, knowledge workers . . . engage in rhetorical analysis and rhetorical reasoning in order to identify “in any given case the available means of persuasion” (Aristotle 350 B.C.E.).

Thus, when awriter, speaker, knowledge worker . . . adopts a rhetorical stance, they are making informed decisions about the appropriate persona, tone, and voice they should adopt in the text.

How Should I Consider Register When Composing or Editing the Work of Others?

You can think of a register as a thermometer: it’s a tool you can use to adjust your diction, sentence structure, media, genre, etc. based on rhetorical analysis. The words you choose, your diction, should reflect the formality or informality of the rhetorical situation.

Academic writing often calls for the use of formal diction in contrast to the less formal language of everyday conversation. The use of conversational language and informal tone—writing as we speak—in academic papers or business documents is often too casual and may weaken the credibility of the writer. On the other hand, the use of language that is pompous or stuffy can make the writing sound overly complex.

When composing, people assess their rhetorical situation. They engage in rhetorical analysis and rhetorical reasoning. We do this all of the time, tacitly, even if we are not aware we are doing it. Rhetorical Knowledge is grounded in habits and social conventions. For instance,

This ability you have to read the rhetorical situation and identify the register you should use to communicate is a crucial step in communication. As a wordsmith, you invariably engage in rhetorical analysis: you weigh the appropriateness of Archaisms, Clichés, Concrete & Sensory Language, Figurative Language, Homonyms, Idioms, Jargon, and Vague Language, Generalizations.

What are Commonplace Types of Registers?

Over the years, scholars have proposed a number of taxonomies for categorizing discourse in texts.

One especially popular taxonomy was proposed by Martin Joos, a linguist, in 1961. Joos theorized five major registers based on five distinct rhetorical situations: