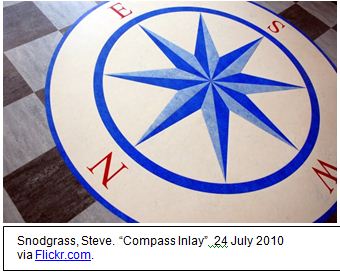 When you synthesize your research, part of what you’re doing is deciding how much you accept, question, or reject the claims that your sources make—in other words, you’re finding your position in an ongoing conversation. When you start to write about that research, you need to figure out how to show that position, even as you quote, summarize, or paraphrase from your sources.

Writing about your sources in these ways often begins with what’s known as a signal phrase—that is, wording that lets your reader know that the ideas you’re about to discuss come from other sources. The most basic signal phrases, such as according to or she says, just identify words or ideas as coming from a source. But signal phrases can be more complex, conveying additional information about the source itself and about your position in relation to its claims. Two important elements of effective signal phrases are attributive verbs and hedges.

The author Elmore Leonard argued that fiction writers should “[n]ever use a verb other than ‘said’ to carry dialogue. The line of dialogue belongs to the character; the verb is the writer sticking his [or her] nose in.” While Leonard wanted fiction writers to stay out of their characters’ way, in academic writing it’s your job to stick your nose in: As Jason Carabelli points out, an academic essay is your contribution to the ongoing conversation on your topic. So, when you introduce a source in your writing, it’s important to consider the verb you use to get that job done.

For instance, consider the difference between two sentences you might write about a source: 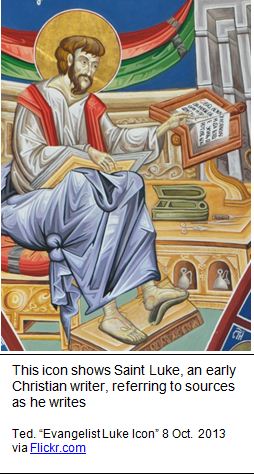 Both of these sentences might very well be fair descriptions of the source’s claims, but notice that with the first example, the language implies that you find Freeman’s argument persuasive. To write that he shows something tells your reader that you think Freeman’s claim is correct and that Freeman offers convincing evidence to support it. But in the second example, you’ve left yourself some space to disagree with him. By writing that he suggests something, you imply that he might be wrong. You aren’t necessarily saying you think he is wrong; you’re simply leaving the matter open. To go even further in the direction of not agreeing with an author’s claim, consider what is implied if you write, Freeman seems to think that icons are more than just pictures.

Verbs like say, show, and suggest are sometimes called attributive verbs because they attribute a claim to another source. When you refer to another writer’s claims, be sure that you use an attributive verb that accurately conveys your stance in relation to those claims—whether you believe it, doubt it, disagree with it, or whatever. Here some more examples:

Freeman asserts that icons are more than just pictures. That is, he makes a forceful statement but may not offer evidence to support it (or at least you don’t find the evidence persuasive).

Freeman concludes that icons are more than just pictures. That is, his claim is based on clear evidence (though you may still disagree).

Freeman points out that icons are more than just pictures. That is, you think what he’s saying is correct and self-evident, and you expect your readers will agree.

There are dozens of attributive verbs and verb phrases you can use in a signal phrase; a quick search online will bring up several good lists.

Another good way to show how you position yourself within a text is to use what are called hedges to show how fully you’re willing to commit to a claim.  A hedge is a strategy for softening a claim, making it less absolute. For instance, you might write may or might instead of will. Or you might write some instead of all (or instead of nothing). Think about the difference between these next two sentences—one without hedges and the other with them:

If you wrote the first sentence, you’d be committing yourself to a fairly strong interpretation of the report’s findings. If you wrote the second sentence, with the hedges, you’d be showing that you don’t mean to make such a sweeping claim. Either sentence may be appropriate, but the second one presents a more easily defended stance.

Notice that the attributive verb you choose can also be a way of hedging. Consider the difference in the relative certainty of these two sentences:

You can find lists of more words and phrases for hedging here and here.

Why pay attention to hedges? One reason is so that you can accurately report what other writers have to say. Hedges let you represent your sources fairly. For instance, imagine that the report mentioned in that last example came from an author who wrote this:

My research suggests that some students may not be studying effectively for exams.

The claim here contains three hedges: suggests, some, and may. But if you were to paraphrase the claim in a way that removed the hedges, you’d have altered it significantly:

The paraphrase actually misrepresents what you found in your source because it suggests the report in question tells us what students in general (or even all students) are or aren’t doing.

Sticking Your Nose In 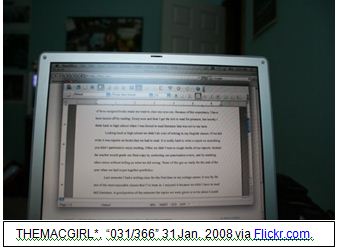 Like attributive verbs, hedges are tools for sticking your nose in to your writing—showing where you stand in relation to your claims and the claims of others. Not surprisingly, writers from different disciplines use these sorts of strategies in different ways: Chemists tend to write like other chemists, philosophers like other philosophers, and so on (Hyland).

In college, you take courses in a wide variety of disciplines, and it’s certainly true that you won’t need to write professionally in each of them—or maybe any of them. But you should still pay attention to how writers in a discipline use tools like attributive verbs and hedges because, according to some research, professors may respond more favorably to student writing that follows the tacit conventions of writing in the discipline they teach (Lancaster). In other words, part of succeeding at writing in a discipline (even while you’re in college) is adopting the writing conventions of that discipline, and so paying attention to when and how you stick your nose in is one way to make your academic writing more effective.

Hyland, Ken. “Persuasion, Interaction and the Construction of Knowledge: Representing Self and others in Research Writing.” International Journal of English Studies 8.2 (2008): 1-23. Print.

“Sticking Your Nose In: Positioning Yourself in Academic Writing” was written by Sean Barnette, Lander University