Knowing when to cite, how to cite, and which citation style to use is a basic literacy in an information economy. A writer's or speaker's failure to acknowledge information they've quoted, paraphrased, or summarized may result in allegations of plagiarism and academic dishonesty. Strategic use of citation is crucial to establishing authority in speech and writing--especially when the target audience is well educated and likely to engage in critical literacy practices. 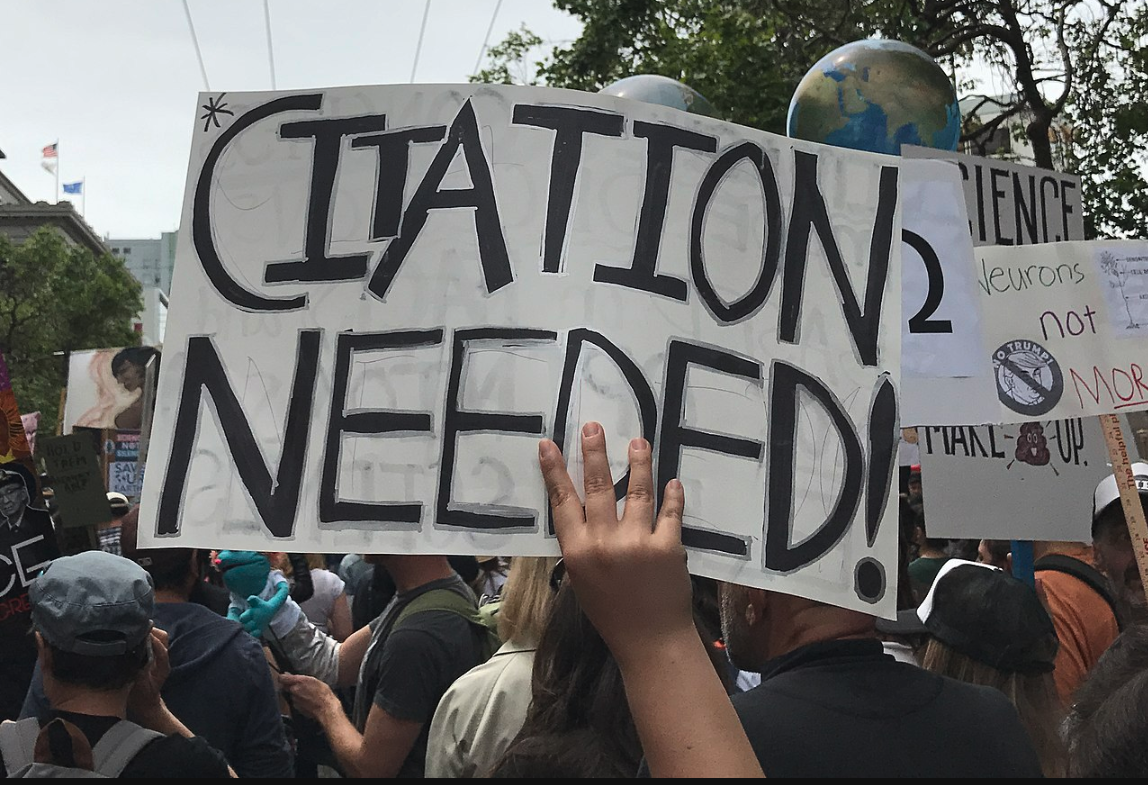 A citation may also be called an attribution, a reference, support, backing, or a proof. Writers and speakers may say they are citing, attributing or referencing a source of information.

When are Citations Required?

In workplace and academic writing, writers are expected to cite sources whenever

Failure to cite sources under these circumstances is an ethical breach that can lead to consequences. For instance, in school settings when students fail to cite their sources, they may be accused of plagiarism or academic dishonesty. In workplace and public writing, legal consequences can follow when a writer fails to cite sources and presents someone else’s ideas or stories as their own. Thus, citation is tied to ways readers assess the authority, the accuracy and reliability of a source.

Why Do Citations Matter?

Knowing how to cite sources (e.g., quotes, paraphrases, and summaries) is a basic literacy in a knowledge economy.

In life, ideas matter. Texts matter. They are a form of intellectual property–and intellectual capital. For example, consider the Harry Potter media franchise, which was estimated to be worth $25 billion in 2016 (Meyer 2018). Educated readers understand information has value. It’s a commodity that is protected by intellectual property and copyright laws. As such, it’s tagged and indexed using a citation style.

For scholars and researchers, citation is a way of keeping score: academics are awarded or denied tenure/promotions based in part on how frequently other researchers attribute their work. Note, e.g., the screenshot below from Charles Darwin’s Google Scholar page: 60,382 citations makes him a Michael-Jordan level scholar. And unlike Jordan’s all-time record, Darwin’s continues to score points as others cite his work.

Citation & Authority in Speech and Writing

Citations help writers (and speakers) establish authority in their speech and writing. In academic writing, educated readers expect writers and speakers to provide bibliographical information–and they often have a specific citation style in mind. In peer-reviewed literature, academics use citations as a form of record keeping and shorthand. As scholars become more specialized and more knowledgeable about their topics, they are able to discern which topics are canonical–i.e., the texts that everbody cites because they changed the conversation on a topic.

Writers and speakers may also introduce citations to boost their ethos–their credibility and trustworthiness.

Beyond satisfying mores associated with intellectual property, citations may be used for rhetorical purposes. For instance, writers may attribute sources when

For readers, citations are a signal of professionalism and rigor–when employed correctly. When absent or used incorrectly, the converse is true. Thus, when writing you can assume that your citation practices will signal how intellectually open and how educated you are.

For researchers, citations are a form of social currency: They enable investigators to keep track of intellectual property and copyright. Investigators whose speeches and texts are often cited have social capital. Subject matter experts in a discipline are likely to know who the thought leaders are because they read and cite their works. Part of being inculcated into a disciplinary community is learning its catechism, canon, and archive.

Citations and the Conversation of Humankind

For researchers, citations are a way of keeping track of the Conversation of Humankind–a concept articulated by Oakeshott in 1962 to account for how people develop knowledge by engaging in ongoing debate, dialog, and reflection:

“[W]e are the inheritors, neither of an inquiry about ourselves and the world, nor of an accumulating body of information, but of a conversation, begun in the primeval forests and extended and made more articulate in the course of centuries. It is a conversation which goes on both in public and within each of ourselves. . . . Education, properly speaking, is an initiation into the skill and partnership of this conversation in which we learn to recognize the voices, to distinguish the proper occasions of utterance, and in which we acquire the intellectual and moral habits appropriate to conversation. And it is this conversation which, in the end, gives place and character to every human activity” (Oakeshott 1962).

This process of making meaning through dialog and conversation enables writers to “stand on the shoulders of giants!”

Citation may also serve as a barometer of ethos, especially trustworthiness. When audiences are engaged in critical literacy practices, they are likely to question a source’s

When audiences check the archive and find that authors are making inconsistent quotations they are likely to question the character of the authors. For example, in the quotations below four past U.S. supreme court nominees reassured democrats that they would respect legal precedent if appointed. Yet after their confirmations it became clear that they were engaged in acts of sophistry: at the first opportunity, they overturned Roe v. Wade, thereby overturning/rejecting legal precedent.

This example illustrates the importance of critical literacy, rhetorical analysis, rhetorical reasoning, and the value of having an archive so audiences can assess the authority, the trustworthiness, of particular authors and claims.

How Do I Know When a Citation is Necessary?

Whenever you answer yes to any of the following questions, then you must cite your sources of information:

While there are many different citation styles, as discussed below, there are only three major types of citations:

A parenthetical citation refers to the practice of placing bibliographical information in parentheses when sources/information are first introduced in a quote, paraphrase, or summary.

And then at the end of their text, they list all of the sources they cited in the text, providing all of the bibliographical information users need to track down the source and read it:

See below for an example of APA format in parenthetical style.

IEEE Example
When using numerical citations, writers use numbers in brackets or superscript rather than parentheses to indicate to readers when they are quoting, paraphrasing, or summarizing:

Subsequently, in the reference list at the end of their text, writers provided the bibliographic information following the order of the citations in the text:

Chicago (Turabian) Example
When using note citations, writers place citations numbers just as they do with numerical citations AND then provide all of the required bibliographical information in the text–as opposed to providing all that information at the end of the text in a list of references:

Professional organizations (communities of practice) have unique ways of formatting citations. (See Wikipedia for a good listing of citation styles.)

Although style guides differ in regard to where the author’s name or publishing source is listed, they are all designed to ensure that proper credit is given to authors. As you know from your experience as a writer, developing insights and conducting original research is difficult and time consuming, so you can understand why people want to receive proper credit for their original ideas.

Regardless of which style is used, citations typically provide four types of bibliographical information: