Revision refers to the critical and creative processes people engage in to develop new ideas and ensure past drafts are written as well as possible. Learn how to revise texts like a professional writer. 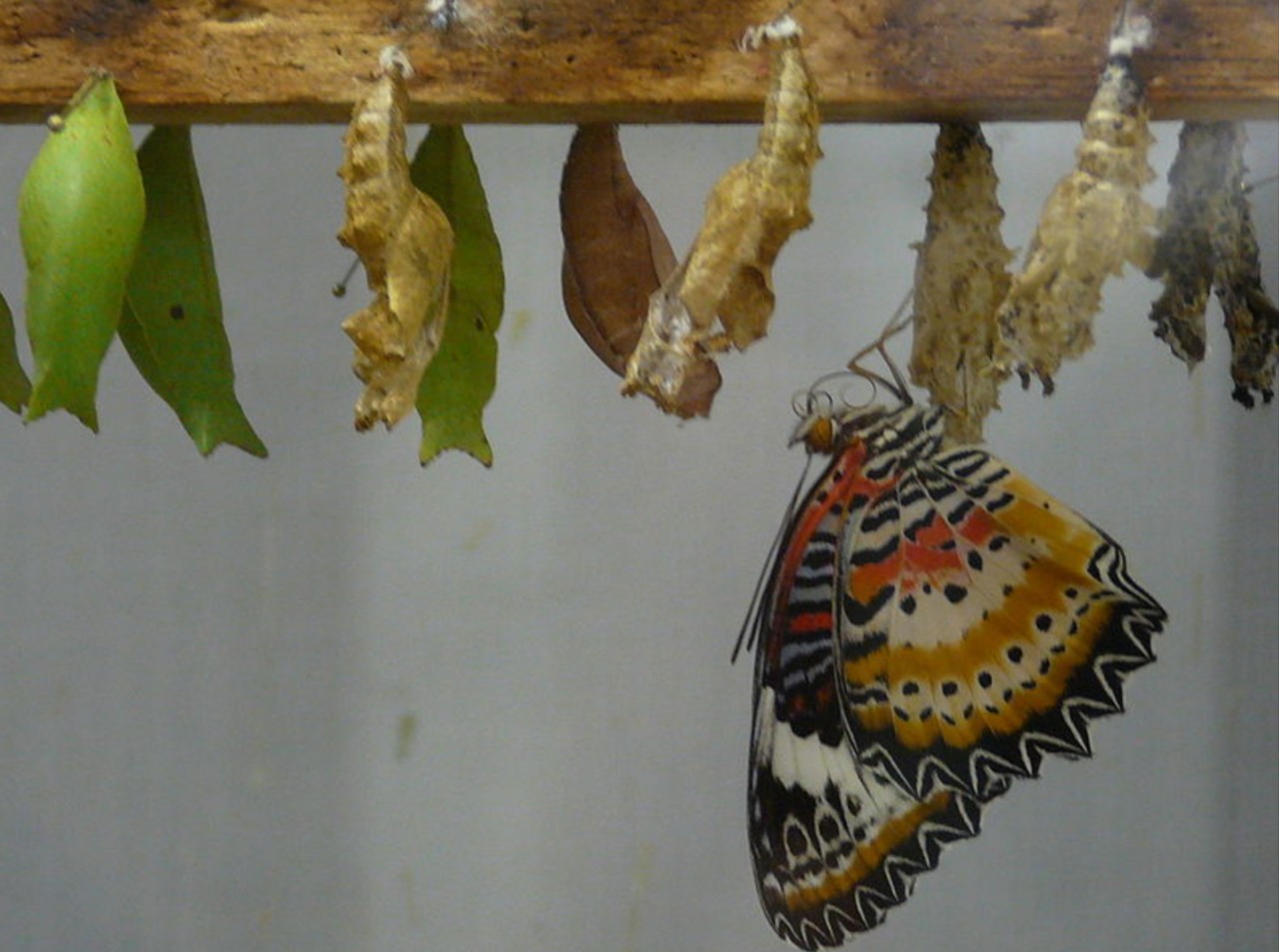 Photo Source: This image is adapted from Butterfly and Chrysalises by Julia Folsom. CC SA 2.9

Revision: pic of a chrysalis transforming into a butterfly

Revision refers to the critical, cognitive processes and the creative, intuitive processes that writers employ when rereading a text and considering ways to rewrite it.

Writers employ a cluster of core, interconnected cognitive competencies when they revise. Examples of the critical, cognitive processes that writers use when revising include identifying and eliminating

Interviews and case studies of writers @ work repeatedly illustrate that writers perceive revision to be an artistic, creative process that is deeply shaped by inchoate, preverbal feelings and intuition.

In “Understanding Composing,” Sondra Sondra Perl, a professor of English and subject matter expert in Writing Studies, contends writers, speakers, knowledge workers . . . begin writing only after they have a felt sense of what they want to say: “When writers are given a topic, the topic itself evokes a felt sense in them. This topic calls forth images, words, ideas, and vague fuzzy feelings that are anchored in the writer’s body. What is elicited, then, is not solely the product of a mind but of a mind alive in a living, sensing body” (p. 365).

To become a butterfly, a caterpillar has to shed its body. It becomes something entirely different. Similarly, revision is much more than editing. It’s a metamorphosis.

In workplace and school settings, people use a variety of terms to describe revision, including

The terms revision and editing are sometimes used interchangeably. However, subject matter experts do not view editing to be equivalent to revision:

Why Does Revision Matter?

Case studies and interviews of writers @ work offer overwhelming evidence that revision is a major preoccupation of writers during composing.

We know from research and scholarship in Composition Studies, a subdiscipline of Writing Studies, that professional writers may revise a document twenty, thirty, even fifty times before submitting it for publication. Many writers rely on revision to generate their most creative ideas, to find the best form for a document.

To rewrite ten times is not unusual. Oh, bother the mess, mark them as much as you like; what else are they for? Mark everything that strikes you. I may consider a thing forty-nine times; but if you consider it, it will be considered 50 times, and a line 50 times considered is 2 percent better than a line 49 times considered. And it is the final 2 percent that makes the difference between excellence and mediocrity. — George Bernard Shaw

“lt’s always taken me a long time to finish poems. When I was in my twenties I found poems taking six months to a year, maybe fifty drafts or so. Now I am going over two hundred drafts regularly, working on things four or five years and longer; too long! I wish I did not take so long.” — James Hall

Getting words on paper is difficult. Nothing I write is good enough in the first draft, not even personal letters. Important work must he written over and over—up to six or seven times. — James Michener

Perhaps the most pernicious assumption that inexperienced writers make is that polished, A-level essays are the products of an inspired mind, of a born writer. As Lafcadio Hearn argued in his lectures at Tokyo University between 1896 and 1902, many novice writers wrongly assume that they should wait to be inspired before writing:

Nothing has been more productive of injury to young literary students than those stories, or legends, about great writers having written great books in a very short time. They suggest what must be in a million cases impossible, as a common possibility. It is much more valuable to remember that Gray passed fourteen years in correcting and improving a single poem, and that no great poem or book, as we now have the text, represents the first form [of] the text.

Inexperienced writers may be unaware of the importance of revision to successful communication. For instance, an undergraduate student at a university in the U.S., writes:

When I first learned about revision in class, it was like some great revelation to me, for some reason. I think I had some sort of mistaken notion about leaving pieces of work “just as they came to me.” I believed that there was something magical about inspiration. But now that I’ve learned to look at my work more critically, I realize that I can improve on all of my so-called “inspired ideas.” Revising pieces constantly has taught me to improve on inspiration and when l really got into it, it proved to be a godsend. Now I really enjoy picking my writing apart because I’ve learned that this allows me to produce better writing than I’ve ever done before. — Undergraduate Student in the U.S.

Students whose works are receiving low grades or befuddled looks from readers may have unreasonable expectations. They may not have taken the time to reflect on their writing processes. Unlike professionals, they may assume they should write a text in just two or three drafts.

Revision Strategies – How to Revise provides a structured approach to engaging in critical revision. This guide is based on research and scholarship in Writing Studies, especially qualitative interviews and case studies of writers @ work.