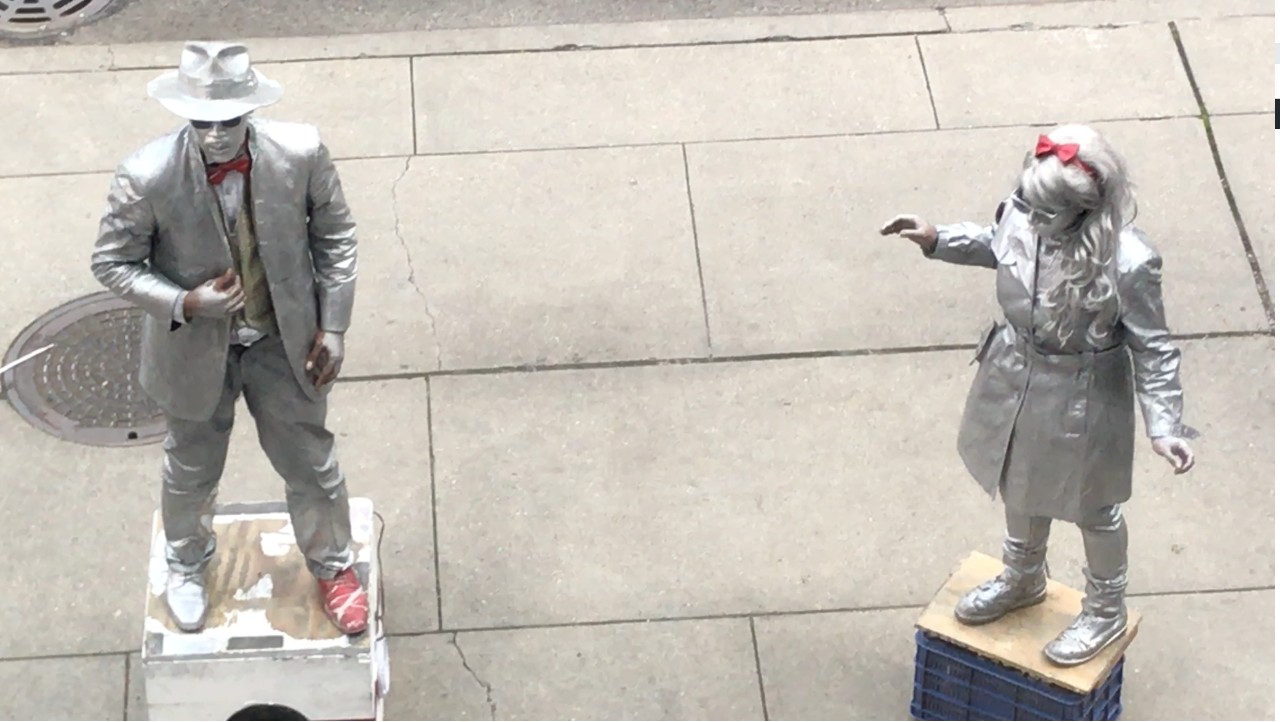 The term voice may be used to define a writer’s stance toward his subject or readers. For example, a writer could say, “I’m using a satirical (or humorous, condescending, patronizing) voice in this editorial.”

Alternatively, some writers and English instructors talk about a writer’s voice as a representation of the trueness of a document. An accomplished writer is said to have found his or her voice while a beginning writer is said to be searching for his or her voice. When used in this way, voice refers to the “trueness” or “honesty” or “authority” or “power” of a writer’s message. Back in the 1960s, some writing instructors suggested inexperienced writers needed to find their true voice–that each of us has a specific voice that we need to find, that voice is a powerful, mystical force that helps us convey truth or the inner quality of a topic.

As discussed in Rhetoric, Diction as well as Style, we, as humans, are deeply rhetorical. When we enter new communication situations, we read the room—i.e., we take a measure of the register for the diction and syntax we should use. Subsequently, we adjust our messages in response to what we believe our audience expects from us. For instance, if we were sharing our views on the merits of purchasing a particular new car, we would outline those merits differently when discussing the purchase with the car salesman, our significant others, and our parents. Adjusting how we speak in response to audience and purpose is so natural that we don’t much think about it.

Not only do we adjust how we present our message in response to a rhetorical situation, we also adjust our voice. In science writing, for instance, the convention is to put the emphasis on the topic under analysis rather than the investigator’s personal interactions or feelings about the topic. In contrast, a prominent voice is expected in a personal essay.

A writer’s voice is responsive to the writer’s rhetorical situation. Writers understand they ignore their audience at a great cost: readers will click away, go elsewhere, the moment a text doesn’t seem relevant to them. Realizing this, one way writers endeavor to keep readers on the page is to develop a unique, surprising voice.

Over time, we develop our own unique ways of communicating. We invariably develop idiosyncratic ways of expressing ourselves even if we are unaware of our unique stylistic moves. Some of us are wordy; others are terse. Some of us repeat common phrases in conversations like “You Know” or “so” or “whatever.” Some of us enjoy a folksy anecdote, even in formal situations. Others speak with rich metaphors and figurative language. Ultimately, our Voice is defined by the selection and ratio of repeated stylistic elements, such as Concision, Coherence, Diction, Grammar, Figurative Language, Jargon.

Beyond how someone communicates, Voice may reflect what a rhetor says or writes. Some writers have a tendency to appeals to ethos or pathos while others may avoid such appeals and focus on appeals to logos.

Writers with an incredibly unique and clever voice are memorable. Some writers have such powerful voices that when you pick up a text by them, you might guess it’s their work without reading their byline. Ernest Hemingway, e.g., could convey deep emotions with incredibly sparse language. Hunter Thompson could nail the crazy hallucinogenic episode with an underbelly of sarcasm and self depreciation.

Voice is an even broader element of communication than rhetorical sensitivity to audience, voice, and purpose. Voice concerns our own unique ways of communicating. Voice is tied to our identity.

Voice as a Tool of Invention

Voice is a somewhat romantic concept in the academic discipline of Writing Studies. It is very commonplace for writers speak of finding their voice as a process of empowerment.