Learn about the psychology and types of critique so you can adjust your critiques to help others' develop their writing and ideas. Critique may be formative (focused on recommended revisions and edits) or summative (focused on grading and ranking). Critique can help writers, speakers, knowledge workers improve or it can undermine and silence them. Learn about different feedback styles so you can discern how best to give (and receive) critical feedback. And, perhaps even more importantly, learn to moderate your emotions when receiving difficult feedback. 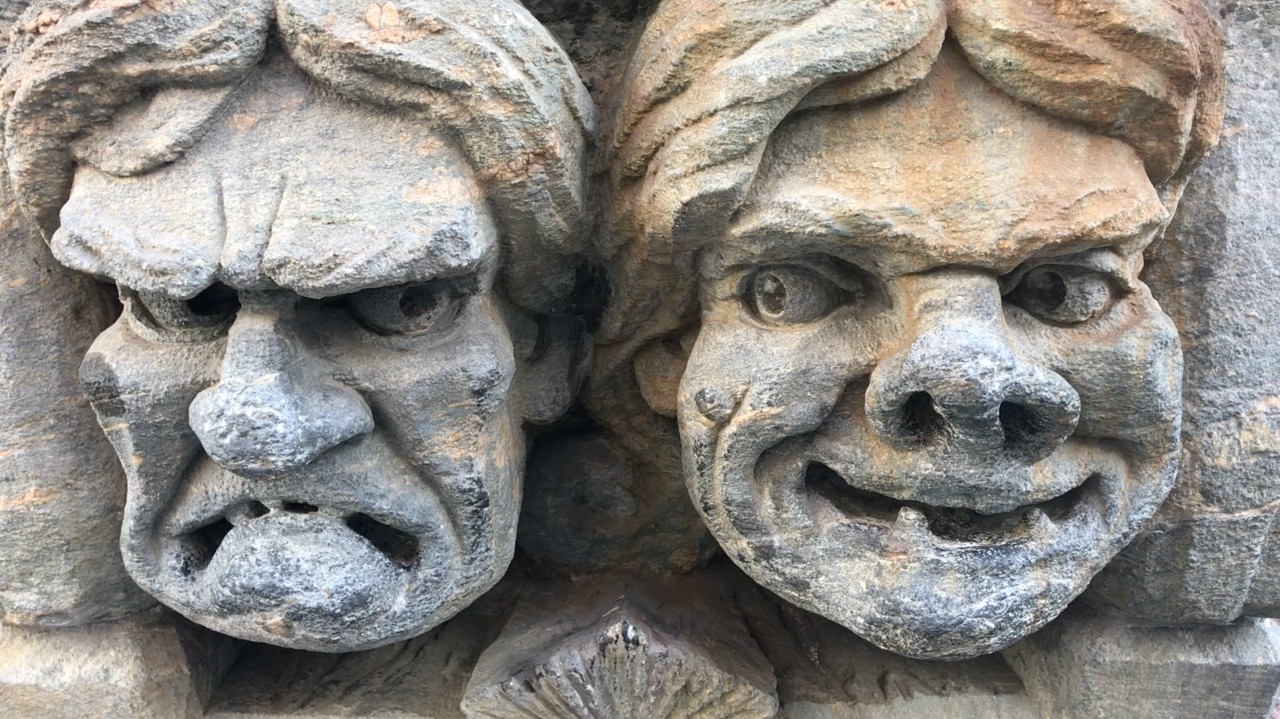 Some critiques should be ignored, especially the critiques from gargoyles--i.e., people who are perpetually negative and closed to information literacy practices and perspectives. Photo/Moxley

Why Does Critique Matter?

Critique is a complex human phenomenon. At times critique can be messy, chaotic, and counterproductive. It can leave writers mute, feeling futile.

Sometimes feedback is only partially correct. Truth comes in shades of gray. Not all feedback is equal. Part of professionalism in the context of composing is not to be overly emotional about tough critiques. To progress as a writer, speaker, knowledge worker . . . you need to learn to sort through critiques, reject some suggestions, and seriously consider other suggestions.

Some critiques are false or misleading. There are instances when you really do know better, when you should ignore someone’s feedback. It’s not unusual for an audience (bosses, teachers, peers) to fail to understand you because they were rushed or preoccupied. And it could be true that the draft you shared was a bit too underdeveloped for your audience to see its potential or provide helpful critiques.

After all, composing is shaped by felt sense, and felt sense resides in the body, at the intersection of neurons and thought.

Those reservations aside, critique is essential to learning, communication, and knowledge making. Writers, speakers, knowledge workers . . . rely on critique in order to improve their texts:

Critique comes in a variety of forms: it can be formative or summative, helpful or harmful, global or local, rhetorical or syntactical. Critique may be substantive or shallow; focused on local, stylistic matters or global, rhetorical matters.

Critique may be directed at ourselves (self-critique) or others. Critique may happen individually or in teams.

Formative Feedback is feedback given during a process that is intended to improve the final result. For example, a writing instructor might provide feedback on multiple drafts of a student’s project without grading. An extended example of formative feedback would be a portfolio of work. In some schools, students’ efforts on individual projects are not graded. Only the final portfolio is graded and that typically includes a reflection by the student about the portfolio.

Summative Feedback is provided to grade, sort, and rank order something, such as an essay. In school settings a grade is an example of summative feedback. In business settings an example would be a funded grant proposal, a client’s acceptance of work for hire, or publication of an article. Summative critiques show up as grades in schools, stars on Uber rides, and thumbs up on website.

When used wisely, critique is sensitive to the rhetorical situation. For instance, critiques might consider how knowledgeable the writer, speaker, knowledge worker . . . is regarding the topic, whether the rhetor is in regards to developing the project (just beginning? midway? near completion).

Being critiqued is never easy.

The thing is, as hard as that is to hear, sometimes that criticism is spot-on.

Before critiquing anyone’s work, it’s strategic to pause and reflect on whether or not they are interested in receiving feedback. To help create an open tone, you might want to ask the writer, speaker, knowledge worker . . . what sort of feedback they want. There’s no reason to give a critique hours of your time if it’s going to be ignored.

Critique in the Workplace

Ray Dalio, a billionaire and Founder of Bridgewater Associates, a hedge fund, has written passionately about the importance of critique in workplace contexts.

Dalio believes businesses flounder when secret are kept. He believes in radical transparency–the notion that employees and employers should sand not used to inform decision making. In Principles: Life and Work Dalio argues business need to embrace meritocracies, where people are radically honesty and transparent about their assessments.

Our dislike for conflict and the negative emotions we feel when we are critiqued cause us to avoid honesty self-appraisals and assessments of others. He argues

As a writer, you can be especially confident in the authenticity of criticism and feedback when the same criticism comes from multiple reviewers. This is why it is common in workplace and academic contexts to provide critiques from multiple people.

Critique can have a destructive influence on writers–particularly young people who are first learning how to write. Perhaps this is even more true for younger students who haven’t yet mastered the basics of composing, rhetoric, invention, revision, style, or editing

On occasion, people can be cruel and insensitive. Perhaps the writer struggled mightily and wrote countless drafts yet came at the document without a strong linguistic or literary background. Perhaps the writer had far less knowledge of the topic than the reader critic. Or perhaps the writer was learning a new genre and new research methods.

Aware of the emotionally charged nature of critique, writing teachers, instructors, and professors in higher-education institutions are sometimes timorous about providing real critique. Grade inflation and student evaluations have moved the grading curve in the humanities from a B to A range, especially for adjunct faculty, assistant professors, and non-tenured faculty. The result, as Garrison Keillor so aptly satirizes in the fictional community of Lake Wobegon, where “all the women are strong, all the men are good-looking, and all the children are above average.”

The idea behind writer-based prose is that the reviewer may not really know what the writer intended because of the ambiguities of their text. Sometimes, the writer-based prose has amazing innovative potential that the would-be critic is simply not sophisticated enough to discern. Appropriating the student’s text–that is rewriting it as the reviewer would prefer it to be written–could be a destructive act. To help the writer’s original intention be realized, the reviewer may be better off just sharing to the rhetor how confusing they find the text to be.

Some kinds of feedback are so routine that they can be described as a genre: “a method communities use (even if unconsciously) to sustain values, inculcate users, and communicate” (see Genre)