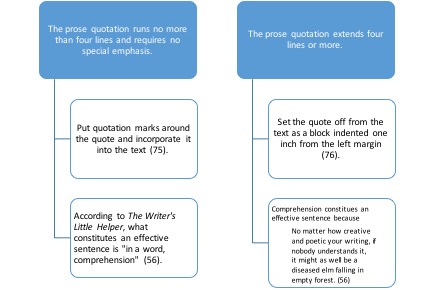 quoting in mla prose for proofreading